14 Inexpensive Places to Get Great Food in New York City

8 Must Try Restaurants on the Las Vegas Strip

10 Wineries to Visit in Sonoma Country

These Players Are Most Likely to Win the 2019 FedEx Cup

The season is starting to really heat up and we’re starting to see a few trends. This will deliver some really strong insight for those looking to make money on PGA sports gambling.

Bryson has made some unbelievable ground in the past year and a half. His scientifically-driven approach mixed with his consistency has made for a diabolical combination. He seemed to ascend to a new level during last year’s FedEx Cup playoffs when he won two straight events, losing the season’s race by just a few spots. We’re seeing some great things from Bryson’s fairly complete game, so keep an eye out for him!

Dustin Johnson is quite possibly the most dominant player in the world when he’s playing well. He was on top of the world a couple of years ago leading to a back injury before the Masters, and he appears to be back. The world number one player in the world won the WGC-Mexico Championship by 5 and is currently the favorite to win the Masters in April. His sheer power and steady short game makes him one of the, if not the best player on the planet.

One of the most consistent players on tour, Rickie isn’t as much of a “sure thing” as other players, but the possibility is certainly there. He’s one of those players that is often in contention but has had trouble closing out tournaments on Sunday. He did win the Phoenix Open, which was his 5th career win, so there’s hope. Either way, you can expect to see some top 10s and gradual points here!

I wouldn’t necessarily narrow this down to a flip of a coin, but there are many moving parts that could affect the chances of a successful week for Tiger Woods. On one hand, Tiger had an amazing 2018, finishing with a Tour Championship win and runner-up FedEx Cup placement. He started strong in 2019 with top-25 finishes – many’s main concern is with his neck, following his most recent work on his spine. Only time will tell!

It’s hard to bet against the reigning FedEx Cup Champion. Along with another 2-3 players, Justin Rose is arguably the best player in the world and is considered to have one of the most complete games on tour.

We’re going to be straight about this, Jon Rahm is awesome. His shot-making and ability to sink putts make him a force to be reckoned with and we only see him getting better. One thing that worries us is his temper, which can affect his chances of contending consistently. If he can channel his emotions, we see great things going for Jon Rahm!

Despite his undeniable talent, Rory has had his share of troubles closing out tournaments and securing victories. He’s one of the best drivers on tour and can be deadly on the greens, so we think it’s become a mental thing. As of March, he’s found himself in 7 different final group pairings and has yet to convert any into victories.

You can never really count this guy out, especially after his Open Championship win last year. Francesco Molinari has the deadly combination of being a precise ball striker and elite putter and is rightly feared by many. He wowed millions of viewers when he shot -8 during his final round at Bay Hill, leading to a win at the Arnold Palmer Invitational. Simply put, he was perfect and he’s always a threat to win the FedEx Cup.

We call Tony Finau “Mr Top 10” – can you guess why? He’s always in contention, always in the mix, but never seems to pull off the big win. We think he’s probably due for one soon. But here’s the thing, while victories deliver big points, they’re not actually essential, as long as you’re consistent. With that said, he’ll always have a strong chance.

Arguably the best player on the planet is Justin Thomas. As strong as his efforts have been, he’s only looking stronger and more complete with each passing year. His numbers are going up, as he puts more time into practicing at his local golf course. Not that anyone would bat an eye if J.T. were to end up on top, considering his consistency and performances for big tournaments.

Adam Scott has been pretty quiet the past few years but has emerged as of late 2018. He’s found major success around the greens with the new rules in place (he likes leaving the flagstick in) and boy has he benefited from it. He’s looking like the Adam Scott of old who was once the top-ranked player in the world. Adam Scott has the experience and talent to be in contention all year long for the FedEx Cup.

Xander is a powerhouse and he’s gotten off to a great start this season. Considering his track record, we’re confident he’ll get close, at the very least. This could very well be his year.

Previous article Won’t You Be My Neighbor? What do you really know about the people next door?

The Pros and Cons of Electric Boats

10 Golf Courses Every Golfer Should Play in the Carolinas 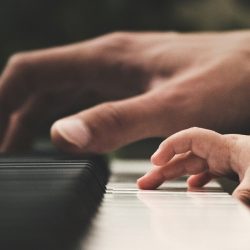 How to Choose The Right Piano For You

After Kale, What’s the Next Big Trend in Superfoods?

Superheroes Rising – Why the Avengers Franchise is So Successful

All The Possibilities Of a Reverse Cell Phone Lookup

How to Promote Your Small Business