Difference Between A Bull and Bear Market

How to Overcome Financial Difficulties in Business

Where Toys R Us Went Wrong: The Lessons Retailers Must Learn

Back in the day, a Toys R Us jingle exclaimed, “I don’t want to grow up, I’m a Toys R Us kid!” But over the past decade, that is exactly what has occurred. Part of the reason for the chain’s decline has been that online shopping has come of age and American consumers have wholeheartedly embraced it. Retailers who have not modified their business models to reflect this paradigm shift in consumer spending, in particular by becoming more invested in their online presence, have been left behind. This past week, the management at Toys R Us stated in U.S. Bankruptcy Court that it must liquidate its entire operations, most likely by closing many of its stores in the U.S. and all 100 of its brick and mortars in the United Kingdom.

Whenever a retail giant falters, their management is quick to blame the lagging economy. For Toys R Us, industry speculation has it that blame should be directed at management, which, since 2005 has been leveraging its debt to outrun the grim reaper. By the end of the third quarter 2017, however, the reaper was breathing down hard on this once strong enterprise. This is what happened. Thirteen years ago, the chain went private, the result of a $7.4 billion leveraged buyout by private investors. For a few years, profits were sufficient to pay down the debt. However, Toys R Us’ management team did not recognize or acknowledge that consumer spending habits were shifting even as the number of the chain’s competitors was growing. All too soon profits were down and debt interest kept on accruing to the point where the chain had no recourse but to file for Chapter 11 protection.

2017 Was A Rough Year for Retailers

What went wrong? What didn’t! To begin, a major issue was the stores themselves, most over 100,000-square feet, with considerable overhead to maintain. Inventory was often inaccessible, high on gondola shelves beyond easy reach, and customer service virtually non-existent. In short, at the store level, there was no attempt at enhancing the shopping experience for consumers. Shoppers appreciate the convenience and will take their business, and their dollars, to chains that fulfill their expectations and their needs. Chains such as Walmart and Target emerged as major competitors both as retail outlets and online. At these chains, shoppers can buy anything from groceries to greeting cards, tires to, well, toys. To be fair, there was at least one Toys R Us aisle dedicated to baby needs, such as diapers, cotton swabs, and formula, but not at competitive prices. Even so, it was way too little, way too late. The era of one-stop shopping had emerged, and Toys R Us missed the memo.

To be fair, 2017 had been the year of reckoning in the retail industry. Numerous household name enterprises filed for Chapter 11 protection, among them Michael Kors, Payless ShoeSource, Sears, J.C. Penny, Abercrombie and Fitch and Macy’s. To survive, these retailers will shutter many of their stores and roll back on inventory. In this age of digital technology, perhaps the biggest shocker was the consolidation of Radio Shack, which once boasted over 7,000 outlets, and is now down to under 100 corporate stores and a few hundred franchises nationwide. To set the stage for a further discussion of where Toys R Us went wrong, here is an overview of the current retail climate.

There is a glut of available retail space already in the U.S. as the economy still recovers from the 2008 downturn. Many strip malls have at least one 50,000-square foot empty storefront which deters customers from patronizing other stores in the shopping center. Based on the shift in consumer shopping habits, a trend toward smaller brick and mortars, supplemented by robust online enterprises, have emerged over the past decade. Except during the December holidays, toys have never been a strong sales category. In addition, it is a trend-centric industry that has always suffered from a faulty design through the distribution process.

Over time, Toys R Us has shifted from being killer of the smaller toy retailers to being possibly mortally wounded by the new industry goliaths, chiefly Amazon, eBay, Target, and Walmart. In hindsight, the presumed end of Toys R Us is a wakeup call for retailers selling non-necessity merchandise such as toys, decor, luxury items, recreational, and fashion. Their management must acknowledge, accept and adjust to changes in consumer shopping and spending habits. These executives and investors need to understand that consumers no longer make shopping an event and the mall their destination. Instead, everyone can shop at any time of day, anywhere in the world, and not be limited to retail buyers’ limited selections for their perusal.

What is the solution? Sweeping changes, beginning with revised business models that reflect current consumer buying habits. Another absolute is to build and maintain a stronger online presence, but most of all, to continuously gauge and fulfill their customers’ needs. Brick and mortar retailers need to put their shoppers and customers first by engaging everyone who enters their establishment. Providing personal attention includes inquiring as to their purpose for shopping, then swiftly assisting them to locate merchandise and buy it. After all, online it takes only a few keystrokes to select an online store, a few more keystrokes to select merchandise, and the most sophisticated shopping carts to facilitate the sales funnel. That’s their real competition.

To conclude, the biggest issue that lead to Toys R Us’ downfall may have been their executives’ and investors’ unwillingness to change with the times, instead to retain and struggle to maintain their failing status quo. Their inaction changed the one-time industry giant into a sitting rubber duck, marked down and relegated to the clearance bin.

Previous article What Are the Fastest Growing U.S. Industries and Why?

Next article What Are the Top Manufacturing Industries in the U.S. Today and How Do They Contribute to the Economy? 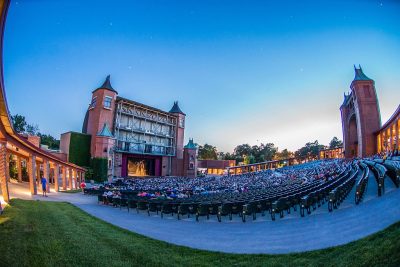 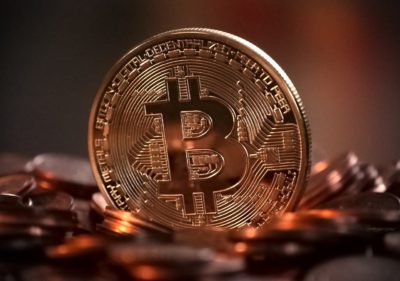 What To Know About Bitcoin, Blockchain and Cryptocurrency

Sorry. No data so far.

You can find out more about which cookies we are using or switch them off in settings.

This website uses cookies so that we can provide you with the best user experience possible. Cookie information is stored in your browser and performs functions such as recognising you when you return to our website and helping our team to understand which sections of the website you find most interesting and useful.

Strictly Necessary Cookie should be enabled at all times so that we can save your preferences for cookie settings.

If you disable this cookie, we will not be able to save your preferences. This means that every time you visit this website you will need to enable or disable cookies again.